Zach Boynton: Expanding the Ubiquity and Capacity of Communications Technology 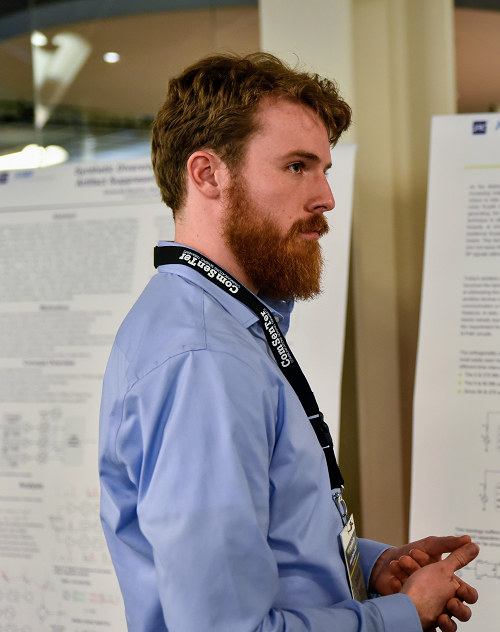 Even when Zach Boynton was in high school at the Cambridge Rindge and Latin School in Massachusetts, he knew he would probably end up following a technical path. “I was in the Rindge School of Technical Arts engineering program and we did a unit on digital circuitry,” says Boynton. “It was mind-blowing and eye-opening that I could construct items out of components and that those items could then do stuff and help us make sense of the world.”

This high school experience helped Boynton take his general idea of a technical path and focus it more tightly on electronics.

Boynton went to the University of Massachusetts, Amherst, where he majored in electrical engineering. While there, he was able to parlay some high school experience machining parts into an undergraduate research position in the lab of Associate Professor Joseph Bardin. Through his work in the UMass Quantum RF Group, Boynton says, “I got to see first-hand the power of what we can do using electronics as tools. I also came to appreciate the depth of my own ignorance. This helped me see that if I wanted a career in circuit design I would need to learn more.” Boynton’s time in the Bardin lab also resulted in two published academic papers, which is rare for an undergraduate.

This is where Cornell Engineering comes into the story. Boynton had seen some online lectures by Cornell Associate Professor Alyosha Molnar. “I could see that Al was very creative in his research and had expansive ideas about what is possible using electrical engineering.” Boynton sought Molnar out at a conference in California and the two found much of mutual interest. Based on his interactions with Molnar, Boynton felt even better about having applied to the School of Electrical and Computer Engineering (ECE) at Cornell.

He visited campus and says, “Cornell felt radically different from other schools I visited. People here were very interested in engaging with ideas and it didn’t feel like big egos were an issue. I got the sense that the underlying approach at Cornell was ‘Let’s spend some time thinking through things together and see what kind of interesting ideas we can come up with.'”

Boynton started his Ph.D. studies at Cornell in 2015. In the five years he has been here his work has slowly shifted to reflect more of his own interests and questions. “Originally, I was working on a radio project Al and Professor Alyssa Apsel had going with Google. And now I am raising my own questions and studying them. Al has been very encouraging of me to come up with my own ideas. It is immensely motivating to be working on something that feels like it is my own.”

The work Boynton does now is focused on the broad category of interference-tolerant communications systems. The picture people paint of a hyper-connected future where everything has access to the internet presents challenges at every level, from the systems themselves, to the materials used in the circuits, to the networks conveying the signals. “My work is aimed at figuring out how to push communications into the ubiquity and capacity society is shooting for,” says Boynton. “I want to give people tools to change how they interact with the world around them.”

Boynton is planning to graduate with his Ph.D. in August of 2020. At that point he hopes to explore what engineering might look like in the industrial realm. “I have seen research in the academic world now,” says Boynton. “I want to get a sense of how researchers in industry negotiate the fact that, at the end of the day, something needs to be produced. Your work can’t be driven strictly by your own curiosity and research interests.”

When he is not thinking about device ubiquity and its attendant challenges, Boynton is a volunteer assistant coach for Cornell’s fencing team. “Fencing is something I have been doing for fifteen years,” says Boynton. “It is an absolute treat to be working with the team here. I have learned so many important lessons about how to work as part of a team, how to talk with people, and how to build culture. I love it.” 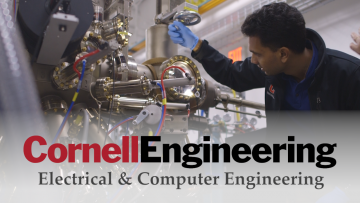 What's been going on at Cornell ECE? 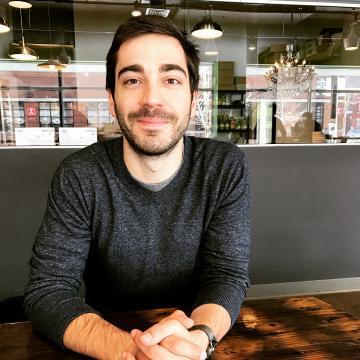 When Alex Ruyack was in high school in the village of Brewster, NY he was involved in an after-school science research group led by his chemistry teacher, Ed Schmidt. “I really liked science and Mr... Read more about Alex Ruyack, ECE Ph.D. Student