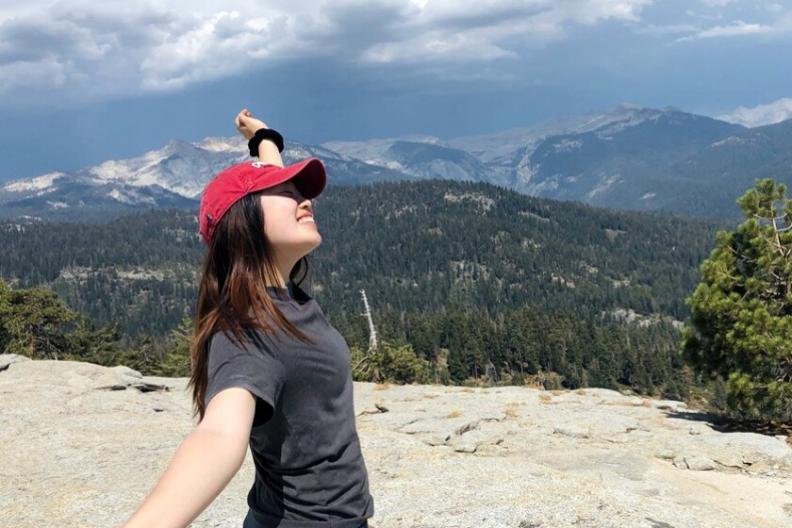 At the end of her first semester in the College of Engineering at Cornell, Angela Loh ’23 connected with Alan Hsiao ’21, who shares her passion for engineering for impact. In spring 2020, just a few weeks before Cornell transitioned to remote learning in response to the pandemic, Angela and Alan recruited four like-minded students and founded Cornell Nexus. “We are a team of individuals who want to step outside the boundaries of university competitions to make a difference on our planet,” Angela says.

Now in its second year, Cornell Nexus has grown to include 24 students from diverse colleges and majors who have come together to design and build an autonomous robot that will remove microplastics from the sand on beaches. The team hopes to have a working land-based prototype built by spring 2023, when they will turn their attention to creating a submersible robot that will remove microplastics from sea water.

Angela explains that these unseen microplastics are everywhere, proliferating, and pose a significant risk to ecosystems and to human and animal health. “There are 50 trillion pieces of microplastics embedded in our sand, our marine life, our oceans, and even in our drinking water,” Angela says. Each piece is about the size of a sesame seed. A recent survey of the sea floor in the Mediterranean west of Italy found 1.9 million microplastics in one square meter. “This is just one layer of sand in a single square meter of the Mediterranean,” Angela says, adding, “Imagine how much microplastic has accumulated in all of our bodies, our water, and our land.”