Cornell electrical and computer engineering students are known for both academic excellence and dedication to service, and this year’s award recipients exemplify these qualities.

From among the accomplished members of the Cornell ECE Class of 2020, two seniors, Katie Bradford and Kevin Ying, have been selected to receive prestigious year-end awards. 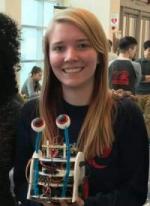 Bradford’s work in ECE focused on hardware, ranging from UAVs with the CUAir autonomous aerial system project team, to robotics projects in the Maker Lab. Outside of class she could often be found in the Rapid Prototyping Lab helping other students try out new projects, or setting up stages for artists with the Cornell Concert Commission.

“I learned how to effectively prototype with 3D printing and laser cutting through my job at the Rapid Prototyping Lab,” Bradford said. She also designed and tested custom circuit boards for control of a pneumatic catapult system with CUAir.

Bradford will continue her studies in the ECE M.Eng. program this Fall.

Kevin Ying ‘20 will receive the Sibley Prize, presented annually to the senior with the highest combined grade point average over all four years. 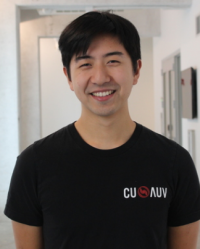 Ying’s work in ECE focused on embedded systems and networking. “I spent a lot of time programming microcontrollers to communicate with each other and to control robotics,” he said, “both in my classes and as part of the CUAUV autonomous underwater vehicle project team.

“While it takes a lot of dedication and curiosity to do well in any major at Cornell,” Ying said, “what sets ECE apart is the ability to integrate ideas from math and physics at the same time that you are programming or wiring electronics.”

Following graduation, Ying is headed to Qualcomm in San Diego, California where he has accepted a position as an engineer working on 5G modems. “My understanding is that I will start remotely at first,” he explained. “I'm very grateful for the opportunity to be working during this tumultuous period.”