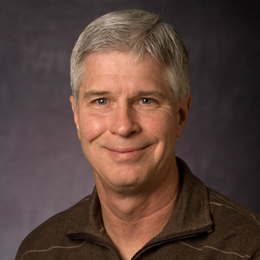 Professor Charles Eugene Seyler has recently been appointed as Emeritus Professor. On the faculty of the School of Electrical and Computer since 1981, Seyler has graduated more than 15 Ph.D. students, taught over 17 courses, developed six new courses, and supervised both Master of Engineering students and student project teams. He was Associate Director of the School of Electrical and Computer Engineering from 2002 to 2007 and Associate Dean of Undergraduate Programs for the College of Engineering from 2011 to 2013.

“Charlie is widely considered one of the best Associate Directors to have worked in our school,” said Professor Alyssa Apsel, Director of ECE. “His commitment to undergraduate education has always been outstanding, as evidenced by both his teaching and leadership. I am very pleased with Charlie’s appointment as Emeritus Professor as it allows for us to retain a valuable connection between him, the school and the college.”

Professor Seyler's research focus is in plasma theory and simulation with specializations in space plasma physics and high energy density physics. He has been a member of the Cornell University Laboratory of Plasma Studies, engaged in plasma simulation applied to the Cornell pulsed power experimental program.

Upon completion of his Ph.D. in plasma physics from the University of Iowa, Seyler held a post-doctoral position for two years at the Courant Institute of Mathematical Sciences at New York University working in fusion-related plasma physics. In 1978 he began work at Los Alamos National Laboratory as a research scientist in the controlled-fusion theory group.

Find out more about Seyler and his work:

U.S. social distancing stabilized, but did not reduce, spread

Cloud computing has become synonymous with the internet itself. If you watch Netflix, call an Uber, or meet on Zoom, a cloud data center is delivering the processing power and data storage to make... Read more about Cloud Computing for Agility, Complexity, and Speed