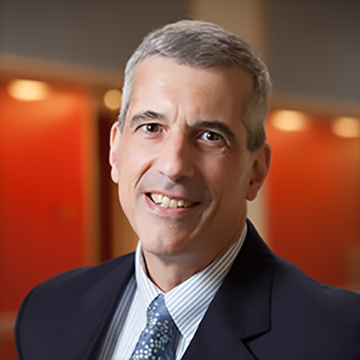 Before joining Cornell University in July 2006, Peter Doerschuk was on the faculty of Purdue University in Electrical and Computer Engineering and Biomedical Engineering. He received B.S., M.S., and Ph.D. degrees in Electrical Engineering from MIT and an M.D. degree from Harvard Medical School. After post-graduate training at Brigham and Women's Hospital he held a post-doctoral appointment at the Laboratory for Information and Decision Systems (MIT) before joining Purdue.

Peter Doerschuk's research concerns biological and medical systems from the view point of computational nonlinear stochastic systems. In particular, he has contributed to computational inverse problems for biophysics, statistical image processing, and biomedical and speech signal processing. In each of these areas, important goals of his work have been to incorporate accurate physical models while at the same time developing computationally practical algorithms implemented in high-performance software systems.

A wide range of spatial and temporal scales is represented in his research. At the smallest spatial scale, in collaboration with Professor J. E. Johnson (The Scripps Research Institute), he has developed algorithms and parallel software for problems associated with determining the 3-D shape of viruses from electron microscopy images and x-ray scattering data. Parallel software has played a critical role in solving these problems. At the largest spatial scale, in collaboration with Professor S. J. O'Connor (Indiana University School of Medicine), he has developed nonlinear differential equation models of the pharmacokinetics of ethanol. He has used these models to develop signal processing and pattern recognition algorithms and software for processing the outputs of a long-term implanted ethanol sensor system and to determine parameters describing the ethanol-related physiology of an individual from breath ethanol measurements.