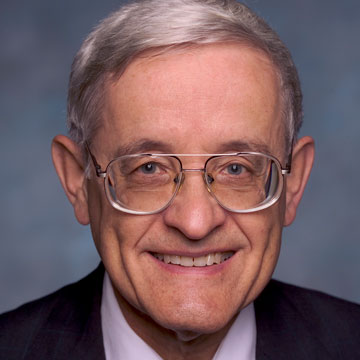 Emeritus
Electrical and Computer Engineering
jmb59@cornell.edu
Back to Directory

Professor Ballantyne joined the Cornell faculty in 1964 following an appointment as a staff member in an MIT Lab. At Cornell, his research focused mostly on optoelectronic devices and materials. Ballantyne was instrumental in establishing the National Research and Resource Facility for Submicron Structures (NRRFSS) at Cornell and served as acting director during the first year of operation in 1977.

Ballantyne was director of the School of Electrical Engineering from 1980 to 1984, and served Cornell University as Vice President for Research and Advanced Studies from 1984 through 1989. Ballantyne retired in 2004.

He has served on national committees for the American Institute of Mining, Metallurgical, and Petroleum Engineers, the American Vacuum Society, and IEEE, of which he is a fellow. He is a member of Eta Kappa Nu, Tau Beta Pi, Phi Kappa Phi, and Sigma Xi.