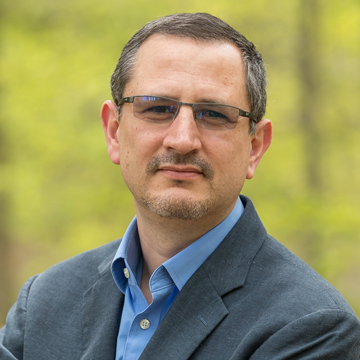 José Martínez is Professor of Electrical and Computer Engineering, faculty member of the graduate fields of Computer Science and Systems Engineering, and faculty Fellow of the Atkinson Center for a Sustainable Future at Cornell. He is part of Cornell’s Computer Systems Laboratory.

Prof. Martinez was appointed to a three-year term as the Senior Associate Dean for Diversity and Academic Affairs for the College of Engineering in October 2021. José has served as Associate Dean of Diversity and Academic Affairs since January 2020. The position is the key diversity and faculty affairs officer in the college and oversees faculty development, the hiring process, promotions, tenure cases, and all diversity efforts at the faculty level. The position also oversees college-wide efforts to support students from historically underrepresented groups in engineering, and includes serving as a member of the college's senior leadership team.

Prof. Martínez is currently the hardware theme lead for the Center for Research in Intelligent Storage and Processing in Memory (CRISP). He is also co-founder and part of the Executive Committee of Cornell’s Initiative for Digital Agriculture (CIDA).

On the teaching side, he has have been recognized with two Kenneth A. Goldman ’71 and one Dorothy and Fred Chau MS’74 College of Engineering teaching awards (2005, 2014, and 2018, resp.); a Ruth and Joel Spira Award for Teaching Excellence (2015); twice as the Most Influential College Educator of a Merrill Presidential Scholar (2007 and 2016); and as the 2011 Tau Beta Pi Professor of the Year in the College of Engineering.

Prof. Martínez served as Editor in Chief of IEEE Computer Architecture Letters from 2013 through 2016, and in 2017 as Chair of the IEEE Computer Society’s Transactions Operating Committee, in charge of overseeing all of the Society’s journal publications. He was Program Co-chair of MICRO 2009 and Program Chair of HPCA 2016, and is General Co-chair of ISCA 2020.

Prof. Martínez is the Chair of the Computer Engineering teaching unit in ECE, and a member of ECE's Curriculum and Standards Committee. He usually teaches ECE 5750 (Advanced Computer Architecture, a core computer engineering graduate course), and ENGRD 2400 (Computer Systems Programming, which he created in 2016).

Computer engineering researchers are starting to grapple with the implications of what has come to be seen as the end of, or the breaking of, Moore’s law. The observation that transistor density on an... Read more about Building the New Computer