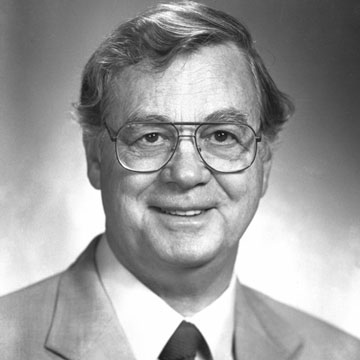 Emeritus
Electrical and Computer Engineering
cbw2@cornell.edu
Back to Directory

Professor Wharton was a staff member at the University of California Lawrence Radiation Laboratory at Livermore and Berkeley, California from 1950-1962. While in this position, he spent a year as Engineer-Scientist at the Max-Planck Institute for Physics in Munich, Germany, and also as a lecturer at the International Summer Course in Plasma Physics at Riso, Denmark. For the next five years he was a staff member of the Experimental Physics Group at General Atomics in San Diego, California. He joined the EE faculty as a full professor in 1967. Wharton retired in 1992.

In 1973, Wharton received the Humboldt Prize from the Alexander von Humboldt Foundation and was elected a fellow of the American Physical Society. In 1976, he was elected a fellow of IEEE “in recognition of contributions to the understanding of plasmas and to the development of plasma diagnostic techniques.” In 1979, he was given the award, Socio Onorario, by the International School of Plasma Physics (Milan, Italy).

Wharton taught undergraduate courses in electromagnetic theory, plasma physics, and electrical sciences laboratory. His research was primarily in the area of plasma-physics diagnostics, in which he is a recognized world authority, and in plasma interactions and heating with waves and beams with applications to controlled thermonuclear fusion.