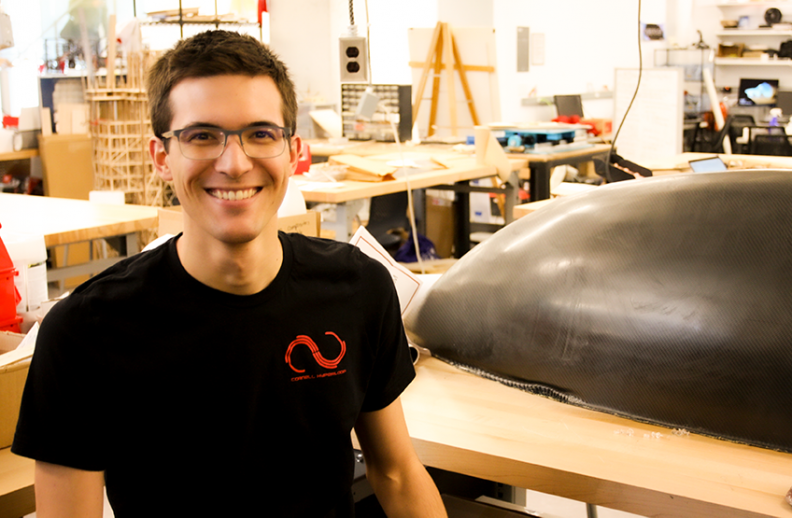 Wyatt grew up in an Air Force family, living in several different states while his parents were transferred from post to post. They spent a lot of time on the road and by the time Wyatt started his undergraduate studies at the University of New Mexico, transportation issues had caught his attention.

“Even in Albuquerque,” he said, “I was spending over an hour a day on the road, sometimes an hour one way. And as a student, and someone who was also working a job at that time, those were precious hours that I was losing—those were hours that I wasn't studying.”

Transferring to Cornell in the Fall of 2019, Wyatt found that Cornell Engineering provided a unique way to get to work on this problem when he discovered a project team dedicated to reimagining transportation, Cornell Hyperloop.

“A whole new means of transportation like the Hyperloop—that was immediately interesting to me,” Wyatt said. “I saw it as an opportunity to step into the world of designing new sustainable transportation systems.”

Joining Cornell Hyperloop brought Wyatt to the Emerson Manufacturing Lab in the basement of Upson Hall, a sprawling facility of tools, parts, and electronics where project teams set up shop.

“I very quickly realized that this was a really special part of the engineering education here. It was unlike anything I had seen at my previous school or anywhere else,” Wyatt said, “Project teams allow you to go beyond the classroom, actually put your skills to practical use, and learn how to do things a lot more like what you're going to be doing at a job someday.”

Cornell Hyperloop’s goal is to build a pod ready to be entered in the SpaceX hyperloop challenge, Elon Musk’s competition designed to inspire and energize development in this revolutionary transportation concept. And although this year’s iteration of the challenge has yet to be officially scheduled, the team is hard at work.

“We're pushing hard for that for sure,” Wyatt said. “Our pod shell is already in good shape. A lot of our designs are nearly finished on paper, it's just time to go in and machine the parts and things like that. We are hoping to build the pod this semester.”

As the electrical team lead, Wyatt manages the group responsible for powering all the systems on the pod including battery design, motors, sensors, and the software that receives and displays data in real time while the pod speeds down the track.

“There are temperature sensors to ensure the battery and motors are within safe operating limits,” he explained, “and infrared proximity sensors to make sure that we're braking at the appropriate time within the tube, and an assortment of others that we will include or not include depending on what we need in our design.”

The competition parameters give teams a lot of freedom in pod design. They are given the inside diameter of the tube and the specifications of the rail on which the pod rides. “How we propel the pod down that rail, how we brake at the end of it—everything we do as far as the interaction inside the tube is our design,” Wyatt said.

Teams from around the world will submit designs for review by SpaceX engineers, hoping to be invited to compete at the SpaceX test track in Hawthorne, California. Whether or not the Cornell team makes it to that stage, they are committed to their project. Finding a way to test their design more locally is another goal.

“We're trying to see if there's something we can use to simulate the hyperloop,“ said Wyatt. “We may not be able to have an evacuated tube, but if we at least had some sort of test track with a rail to put the pod on, we could do a lot of good testing with that.”

In a fortuitous extension of his work with Cornell Hyperloop, Wyatt will be heading to Redmond, Washington for an internship at SpaceX this summer. He’ll return to Ithaca for his senior year and then transition to the M.Eng. program in Electrical and Computer Engineering.

“That was part of what really brought me here to Cornell,” he said. “I was really excited about the option to do a fifth year of project work and additional classwork, and the M.Eng. program looks very much aligned with what I'm interested in doing, the opportunity to get more of that hands-on practical experience.”

His work with the hyperloop project team has shaped Wyatt’s educational experience and given him a plan for the future. “The opportunity to work together with peers who are as excited as I am and doing something bigger than one person could accomplish is very exciting,” he said.

“People in this school will amaze you with how much they can accomplish if they work hard on something. We can be at the forefront of pushing for better, more efficient and sustainable transportation,” Wyatt said. “That's a project about as fulfilling as I can imagine.” 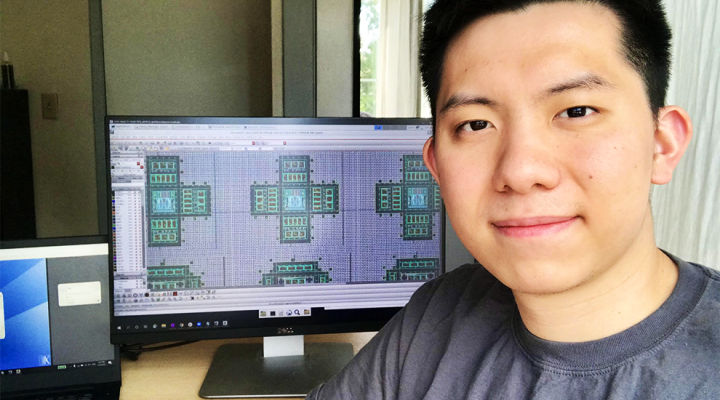 Over the past four years, Ken Ho ’21 worked with Professors Alyssa Apsel and Christopher Batten as an undergraduate researcher in Cornell ECE. His research has been focused on the development of... Read more about Seeing the bigger picture with micro-scale robotics 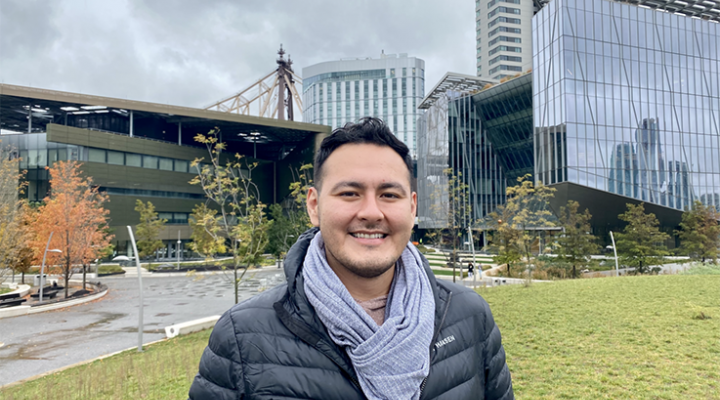