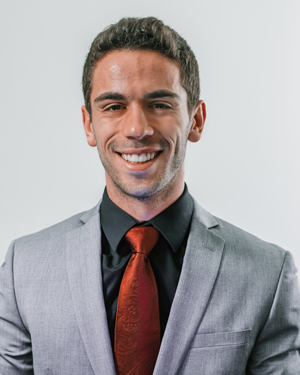 Nick Comly, a senior double-majoring in ECE and CS, has been named a Merrill Presidential Scholar – one of the highest honors for undergraduates at Cornell. Nominated by their department, recipients are then selected by the dean of each of the University’s seven undergraduate colleges. Only 1% of each year’s graduating class receives the award.

Each Merrill scholar is given the opportunity to recognize the high school teacher who most inspired his or her scholastic development as well as the Cornell faculty member who most significantly contributed to his or her college experience.

Comly is a graduate of Acalanes High School in, Lafayette, California and is recognizing his music teacher, Norm Dea. “During high school, Mr. Dea and Wind Ensemble were the only teacher and course I had every year,” said Comly. “I was never a standout musician, but nevertheless Mr. Dea always believed I had potential and helped me wherever he could. He spent his own personal time working with me, rehearsing pieces and even teaching me new instruments. His support led me to become first chair and a better musician than I thought possible. The numerous lessons I learned about the importance of attention to detail, practice, and patience, from Mr. Dea have proved invaluable in my academic and professional careers.”

Comly will also recognize ECE Professor Farhan Rana. “The two most difficult courses I have taken at Cornell were from Prof. Rana,” Comly said. “He required us to think critically about each and every problem and bring in aspects from multiple concepts, rarely giving us familiar questions. He pushed us to show what real engineering is like, teaching us to use our knowledge to attack new challenges, not ones we had already seen. Prof. Rana would worked through problems with me, showing me how to approach from basic principles and modify known solutions, a process I have used throughout college and my career.”

At Cornell, Comly is a double-major in electrical and computer engineering and computer science, minoring in business. He competes on the Varsity Track team and has scored at Ivy and Northeast Regional meets. Comly participated in the Engineering Co-op Program at MITRE, where his work was published and earned him multiple awards. He is a member of the Τau Βeta Pi Engineering Honor Society, the Eta Kappa Nu Electrical and Computer Engineering Honor Society, Golden Key honor society, earned the Chen Outstanding ECE Undergraduate Teaching Assistant Award, and was in the 400 Club every year for earning a 4.0 during an athletic season. After graduation, Comly will continue studying electrical engineering as a graduate student at Stanford University.

Each spring, the Merrill Scholars, along with their high school teachers and Cornell professors, are honored at a convocation hosted by Cornell’s president.

Since 1988, the Merrill Presidential Scholars Program has honored Cornell University’s most outstanding graduating seniors, while also recognizing the teachers who have played a significant role in ensuring their success. This unique program was created by the late Philip Merrill ’55 and is made possible through annual support from the Merrill Family Foundation. Cornell University is grateful to the Merrill family—Eleanor Merrill, Douglas Merrill ’89, MBA ’91, Catherine Merrill Williams ’91, and Nancy Merrill ’96—for their continued commitment to the Merrill Presidential Scholars program.

The robot’s layered filtration system will gather tiny bits of plastic the size of a sesame seed and smaller, which contaminate ecosystems and damage human and animal health. Read more about Students design robot to collect microplastics from beaches

Mark Wilde, Associate Professor in the School of Electrical and Computer Engineering, has been elevated to IEEE Fellow, recognized for contributions to the relative-entropy framework and theorems for... Read more about Mark Wilde named IEEE Fellow