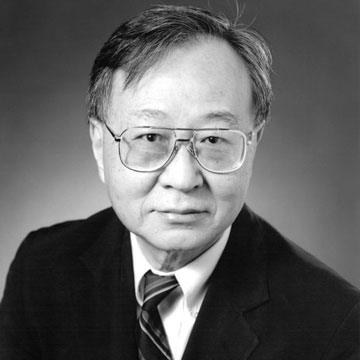 Emeritus
Electrical and Computer Engineering
hct4@cornell.edu
Back to Directory

Professor Torng joined the EE faculty as an assistant professor in 1960, was promoted to an associate professor in 1963 and became a full professor in 1971. Here, his two most popular courses were Computer Networks and Telecommunication and Processor Organization. He was a vigorous and stimulating lecturer and won the Tau Beta Pi Commendations for Excellence in Teaching, the IEEE Cornell Student Chapter “Best Professor” (1982, 1986, 1997), and the Ruth and Joel Spira Award for Excellence in Teaching in (1995 and 1998). Torng retired in 1999.

In addition to his academic achievements, Torng was the graduate field representative from 1990 to 1993, introduced innovative recruiting and admission policies in the EE School graduate program, and took an active personal interest in the recruiting process. Following that term, he received a large grant in 1993 from NSF, with matching funds from the Provost, to initiate a doctoral program for students from underrepresented minority groups.

In 1977, Professor H.C. Torng was named the first Intel Academic Research Fellow “for his contributions to the state of the art in high-speed instruction decoding and execution”.