I have worked for a series of petroleum exploration-related companies in the Houston Area, including Dresser, where I commercialized the design of an intrinsically safe battery-operated stroke rate meter (which was my M.Eng. project) and other drilling rig instrumentation, and Western Atlas where I was manager of Acquisition Systems, designing large arrays of towed marine seismic acquisition streamers, seismic sources, and land acquisition systems.

I worked for a few years for Input/Output, another seismic company, and then for Syntron and Sercel, competitors of Input/Output, designing more seismic acquisition systems.

Currently, I have more of a design/project manager position rather than in engineering management, working for Weatherford Int'l. on smaller projects using optical sensing---all fiber optic sensors for flow, pressure, acceleration, and temperature in deep downhole environments and surface interrogators for the optical sensors.

I received a B.S. and M.Eng in electrical engineering with a concentration in power systems. My first job out of college was with Schlumberger as a field engineer, logging oil wells in Ohio and Pennsylvania (so much for learning power systems!)

I worked for the next 13 years or so in the oil industry, testing new oil field measurement hardware and software on oil rigs around the world. After moving back to New York City, I became a software test engineer, which I've been doing for the last 20 years.

While I never did do power systems, the engineering techniques I learned at Cornell certainly helped solidify my career, and were easily transferred to other industries.

Three times a year, I host Cornell undergraduates for one or two weeks through the Cornell Career Services extern program. The externs help me test software and give me insights into the user experience. In exchange, they experience real-life work as entry-level QA engineers.

I graduated from Cornell in 1996 with a Ph.D. in Applied Physics (Engineering Physics Department) with a thesis on early work in Laser Optics. Before that I also earned a 5-year B.E.E. degree at Cornell.

After two years working as a Docent in the Electron Physics Department of the Royal Institute of Technology, Gothenberg, Sweden, I commenced a 33-year-long career at AT&T. Much of that time was in Bell Labs Research followed by some years in AT&T Labs Research after the AT&T/Lucent split. I worked primarily in Acoustics Research and related fields.

I retired in 2000, leaving my position as Speech and Image Processing Services, Vice President, and moved to become Chief Scientist of a small value-added mobile messaging company, Kirusa, Inc. With a couple of years break, I continue in that job today.

Through this entire professional career, my strong Cornell background has been an essential part of my technical and life toolkit. I also actively maintain my Cornell connection as a Director of the Cornell Club of Northern, N.J.

After four years of EE, I joined GE Space Systems, Valley Forge (now Lockheed Martin). I did a Master's part time at U. Penn as part of the GE Advanced Course (very tough, but highly recommended if you are up to it). Among other things, I worked on microwave measurement systems and microwave circuit analysis software.

After four years there, I moved to GE Syracuse Electronics Laboratory Syracuse (later sold to BAE and moved to Nashua, NH). There I worked some of the first GaAs monolithic microwave integrated circuits (MIMICs). Cool stuff, but the tuning and tweaking common with microwave circuits was no longer possible. Doing six or more design iterations was way too length and costly. So I went to Syracuse University full time for my Ph.D. in electromagnetics. My advisor was Roger Harrington, father of the Method of Moments, which is in wide use in microwave electromagnetics, but at that time, mostly for antennas.

There, I came up with a neat way to apply MoM to multilayer planar circuits. When I completed my Ph.D. I tried to find a company that would commercialize the technique. No luck. I also tried at both SU and Cornell for a tenure track position. Again, no go. Both outcomes really bummed me out, but are probably among the best things that ever happened to me...because I decided to take the plunge and start a company and commercialize it myself.

That was 30 years ago. We now have 20+ employees and we are viewed as the standard for accuracy in a now crowded field of applied numerical microwave electromagnetics. Wow, what a ride that has been! 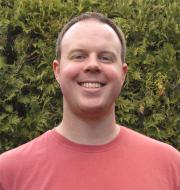 I received a B.S. in Engineering Physics in 2004, and my M.Eng in ECE in 2005. My first job was at General Dynamics C4S in Scottsdale, AZ, where I spent about two years working as a systems engineer on a digital communications product. I then went back to graduate school at Arizona State University's School of Sustainability and received my M.S. degree. My research focused on renewable energy, grid efficiency, and the environmental assessment of information technology.

I now work at the U.S. Environmental Protection Agency in Washington, D.C. and develop voluntary energy efficiency standards for IT equipment and data center products as part of its ENERGY STAR program. I work with most major international and US-based electronics manufacturers/brands, many foreign governments, NGOs, and advocacy groups to develop these standards, plus travel around the U.S., and sometimes internationally, to speak at conferences, sit on panels, etc.