Ever since, I have been applying LEDs to exterior automotive lighting. In three years, I have ended up at a place where a majority of people take about eight to ten years to be. To put it in one statement---living the dream. 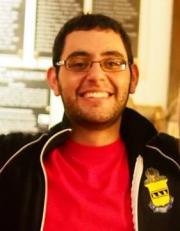 The impressive reputation and rigorous preparation of Cornell ECE allowed me to secure a job at Lutron Electronics before the end of senior year. I spent about two years designing and maintaining manufacturing line test equipment before attending Lehigh University for an M.Eng in Energy Systems Engineering.

I now work for PJM Interconnection, the Regional Transmission Organization for much of the Mid-Atlantic region. PJM is responsible for operating and planning the high voltage power grid in its footprint, as well as operating fair and efficient wholesale electricity markets. I work on the technical side of one of these markets running auctions, managing participant data, and testing website functionality.

It's great to read about Cornell ECE alumni doing such amazing things!

After graduating from Cornell ECE, I joined Eastman Kodak's Image Science and Career Development program. During that two year rotational program, I worked on OLED display technology as well as digital radiography projects.

When I left Rochester, NY, I joined the Johns Hopkins University Applied Physics Laboratory, where I continue to work today. I have spent seven years working on the FAA's Traffic-Alert and Collision Avoidance System which flies on all aircraft in the U.S. with 29 or more passengers. We are currently involved in creating the next-generation system known as ACAS X which should begin flying on manned as well as unmanned aircraft gradually over the next five-to-ten years.

My education at Cornell allowed me to be involved in all aspects of the system design, from real-time software development used during flight test, modeling and simulation, software tool development, and project management.

I currently own and manage a consulting firm specializing in mergers and acquisitions in Turkey. Most of our clients are foreign investors looking for acquisition opportunities in Turkey as well as Turkish clients looking for strategic or financial partners to grow their businesses. Our emphasis is on service industries and real estate.

We may be reached through www.gokayconsulting.com

After Cornell ECE, I joined Intel's Rotation Engineer Program where I got to experience three different jobs in one year. That set me on the path of Technical Marketing, where I now work with the Qualcomm Snapdragon Processors for today's leading smartphones, like the Samsung Galaxy S4 and the Google Nexus 5.