As of March 2022, all alumni updates should be submitted to Cornellians, the new digital-first publication dedicated to informing, entertaining, and connecting the Big Red community around the globe. Submit your news via the online news form and look for your update in an upcoming edition of Class Notes! 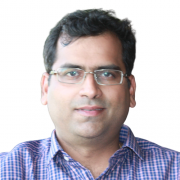 Shaun has developed ML algorithms for supervised learning, unsupervised learning and reinforcement learning. He has designed and implemented a compiler for an object-oriented language similar to Java. Shaun is exploring a broader sandbox ecosystems enabling for AI. He is investigating ML algorithms on unstructured content form on the web. He is evaluating the intersection of Software and Business in the context of AI, Globalization, CSR and the Last mile with an emphasis on ML algorithms in the broader web.

Cornell’s Computer Science curriculum is primarily taught in the Java programming language. As part of their CS project course, they developed a compiler for an object-oriented language similar to Java called Irish Coffee. The Compiler was developed in Java with more than 15K LOC to support lexical analysis, parsing, type checking, optimizations and code generation. Shaun has completed coursework in Machine Learning, Advanced Compilers, Algorithms, Graphics and Operating Systems. He is a recipient of the Gates Millennium Scholarship from the Bill & Melinda Gates Foundation.

Shaun has worked with some of the top companies in the Software industry including, Accenture, Wipro, Tata Group, Intel and IBM. On graduation, he interned with IBM in the Sony Toshiba IBM Design Center. At Intel, he worked in the Ultra Mobility Group. At Wipro, he worked in the CTO Office on HOLMES. Shaun has published papers and been granted a patent on Information Extraction and Syntactic Parsing. The Granted Patent in AI, ML (NLP) is on a System and method for extracting information from unstructured text. He received Best Pragati at Wipro for his poster presentation on Eclipse CDT code analysis and unit testing. The paper was PeerJ’s Top 5 most viewed article in Programming Languages, 2018. His papers on Evolving system bottlenecks in the as a service cloud, Cognitive Architecture for a Connected World and Parser extraction of triples in unstructured text are published in arXiv.

Shaun has published a paper on Holistic generational offsets: fostering a primitive online abstraction for human vs. machine cognition in arXiv. He has filed patents on Sentence phrase generation, Textual entailment and an Artificial intelligence and machine learning based conversational agent. His paper on Defining a Sandbox for Responsible AI was in SSRN’s Top 100 in CompSciRN: Artificial Intelligence, 2018. His paper on LSTM neural network for textual ngramswas SSRN’s Top Ten download list for CompSciRN: Artificial Intelligence, Dec, 2018. He has presented in Knowledge Sharing Sessions, Expert Talks and Brown Bag sessions on AI and ML.

I lead the Product Management team and a Software Engineering product group in the public cloud business at Rackspace.

I first applied my Electrical Engineering degree from Cornell in microprocessor hardware design then Technical Marketing at AMD. I transitioned to Product Management at Microsoft then Amazon Web Services (AWS) after getting my MBA from the Kellogg School at Northwestern University.

In moving across different tech industry areas, I've benefitted quite a bit from the broad-based engineering education I got at Cornell. In my role at Rackspace, I am leveraging my engineering background from Cornell and experience developed in hardware, software, and cloud service businesses in building out our product portfolio.

There aren't enough data scientists to go around-unless you automate them.  http://www.technologyreview.com/lists/innovators-under-35/2014/entrepreneur/michael-schmidt/ 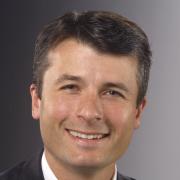 I started my career at Eastman Kodak Company working as an embedded software engineer for document products. Early on, I became the commercialization manager for the first high-speed color document scanner and continued on to lead a team to develop a whole platform of lower cost yet high performing document scanners that won numerous industry awards.

I transitioned into business management and doubled our Distributed Scanner business in two years to $50M. After this I spent some time in Kodak's research labs leading a team developing ultra high-speed inkjet printing technology that is now part of a $250M business before shifting back to the "dark side" of business strategy.

Today, I simultaneously lead strategy as well as business analytics for the company. Looking back it is clear that my experiences at Cornell helped me to see how to successfully bring new technology to market to create value and help people, which after all, are the same thing. Looking forward, there are far more opportunities for Cornell grads than I ever dreamed of when I was a student, all there for the taking. 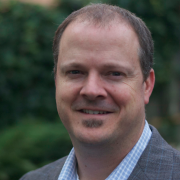 Loving the Bay Area (except for the imminent drought) and working at Salesforce in post-sales relationship and product adoption. Two young ones (2.5/4.5) take most of my time, but trying to stay active and social.